Summary: 375 MW of electricity is the amount currently provided by fossil fuel burning power plants for a population of about 320,000. To make this power with renewable sources (namely, solar PV) 2 GW must be generated: 375 MW for daytime use and 1.625 GW generated and stored for nighttime use. One option for storage is batteries. This amount of power can be produced by 1.5 million Tesla Powerwall (6.4 kWh) batteries. These could be distributed in residences and businesses with one Powerwall servicing roughly 460 square feet of building footprint. Alternatively, they could be housed in a few large warehouses following a more centralized utility model.

In the first Back of the Envelope we found that we need a 2 GW solar farm to replace the fossil fuel produced electricity currently used by a city such as Fort Collins, Loveland, Longmont, Estes Park, Colorado with a population of 320,000. 375 MW of that 2 GW will be used during the day and the rest, 1.625 GW, must be stored to be used at night. In the second Back of the Envelope we examined pumped hydro as the storage solution. While pumped hydro is the most prevalent form of storage today (99%), batteries are probably the most talked about solution to the storage problem. In this Back of the Envelope we will look at the solution offered by Tesla Motors with its Powerwall to see what level of implementation would be required to store the extra power produced by the 2 GW solar farm so we can make it through the night.

For this calculation we will use the home Powerwall, which is expected to cost $3000, can store up 6.4 kWh of electricity, and has dimensions of 33.9 inches x 51.2 inches x 7.1 inches (12,300 in3 or 0.2 m3). We need to store 1.625 GW x 6 hours or 9.75 GWh of electricity. That’s 9.75 million kWh. Divide that by the 6.4 kWh storage capacity of the Powerwall and you get 1.5 million Powerwall batteries taking up a volume of about 0.3 million m3 and costing $4.5 billion. If we can put them 6 high on a wall (about 8 m) in a warehouse that will require 37,500 m2 (400,000 square feet) of space. If we allowed 10x that space for access and cooling that would take up 375,000 m2 (4,000,000 square feet). That’s the size of about 20 large Walmart Supercenter buildings—not too bad for a utility scale centralized rollout. For such an installation we would probably use Tesla’s Powerpack or utility scale devices which have more capacity, but for this BOTE we will stick with the Powerwall batteries.

It is more likely that many or even most of these Powerwall devices will be distributed throughout town. The population density of Fort Collins is about 1000 people per km2; dividing 320,000 people by 1000 people per km2 gets us to  320 km2 of area in Fort Collins, Loveland, Longmont, and Estes Park. Let’s assume that 20% of this is buildings (residences, businesses, schools, churches, etc.)—64 km2  (700 million square feet) of building footprint. If we need 1.5 million Powerwall batteries, that’s a Powerwall battery for every 460 square feet of building footprint.

In its first year of production (2015-2016) Tesla plans to make around 100,000. 1.5 million are needed for the proposed 100% renewable solution. That’s 15 years worth just for Fort Collins. Obviously, that will need to scale up with an increased production rate and additional factories to make the devices. Because the “sample” city is only 1/1000 of the US population we will need 1.5 billion for the entire United States. 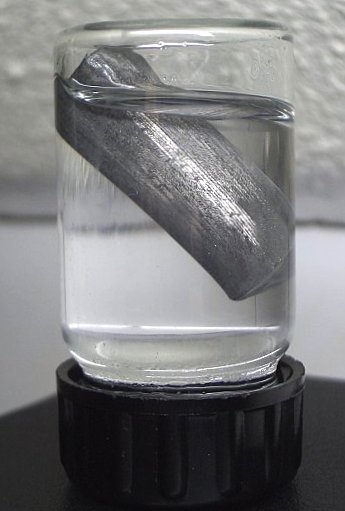 An estimate of the amount of lithium required is that 300 g Li metal is needed per 1 kWh of battery capacity. (Theoretical electrochemical considerations give a value of about 75 g Li per kWh; here we have multiplied by 4 to give a more realistic “real world” value.) Thus the 6.4 kWh Powerwall requires about 2 kg Li. For the 1.5 million needed in Fort Collins that’s 3.0 million kg of Li or 3,000 metric tonnes (3 million metric tonnes for the whole country). Global annual production of lithium is around 37,000 metric tonnes of lithium. Currently, only about 30% of the produced lithium is used for batteries (portable tools, laptops, cell phones, and the nascent electric vehicle (EV) market). A full, nation-wide rollout of this new market for batteries involves a 80x increase in the production of lithium. Of course, the EV market is also rapidly growing. A transition to EV of the over 250 million passenger vehicles in the US today, each one using 10x as much lithium as a Powerwall battery, would put significant pressure not only on lithium production but also on global reserves of lithium. The USGS estimates that there are 13 million metric tonnes of known reserves (i.e. currently economically obtainable) and only 39 million metric tonnes of lithium existing on the planet. For more information about lithium supply limits see this article from Green Tech Media. Perhaps a more serious resource limitation is the rare earth metals used in the DC to AC inverters. We’ll save that discussion for another BOTE.

The solar farm discussed in the first BOTE is already going to cost $2.5 billion with probably a 20 year lifetime. 1.5 million Powerwall batteries will cost another $4.5 billion. However, these only have a 10 year lifetime. Let’s say $5.75 billion for 2 GW of electricity for 10 years:

The price of this electricity (not counting operation and maintenance) is $5.75 billion/43.8 billion kWh = $0.13/kWh–a bit pricey, but not far off from today’s prices. No doubt the price of batteries will go down as production scales go up, as technology improves, and with business and utility scale models incorporated into the implementation.

Check out Energy: What the World Needs Now by Terry M. Gray and Anthony K. Rappé.